Shopping Cart
Your Cart is Empty
Quantity:
Subtotal
Taxes
Shipping
Total
There was an error with PayPalClick here to try again

Thank you for your business!You should be receiving an order confirmation from Paypal shortly.Exit Shopping Cart

We have recently launched a new program, Flying High for Cystic Fibrosis which provides introductory flight lessons to individuals with CF at Mid Island Air Service in Ronkonkoma, NY. This incredible experience involves a tour of the facility, a lesson in a Cessna Skyhawk, and a chance to talk to a trained flight specialist.

The first recipient of our Flying High for Cystic Fibrosis program was Alvaro. Alvaro is fourteen and has had an interest in airplanes and flying since he was young. He wants to be in the air force and has been practicing his skills with his flight simulator computer game, so when Alvaro found out he was chosen to fly an actual plane he was pretty pumped!

Alvaro could not have been more excited to get in the pilots seat. Accompanied by his godfather and a Mid Island Air instructor, Alvaro took off from the runway on a sunny Saturday morning in late March. He was guided through some basic flight maneuvers as he flew the airplane over Long Island. Back on the ground, he got a chance to tour Mid Island Air Services facility and experience the flight simulator. Alvaros Flying High For Cystic Fibrosis experience ended with dinner at his favorite restaurant, IHOP provided by Breathe for Britt.

A big thanks to Jim Orehosky and the staff of Mid Island Air Service who helped get the Flying High for Cystic Fibrosis program off the ground, literally! They generously donated the first lesson at no charge. Special thanks to Mike Conklin of the NYFD and his team at E259, L128, B45. Mike and his wife Holly have three of four wonerful children who fight the fight and kick butt on CF each and every day. Also C.A.L.I.B.E.R. of Adelphi University, a community service organization who has and continues to support our foundation for the past three years, they helped in allowing us to launch the program.

Click on Photo Gallery for more pictures of Alvaro's flight! 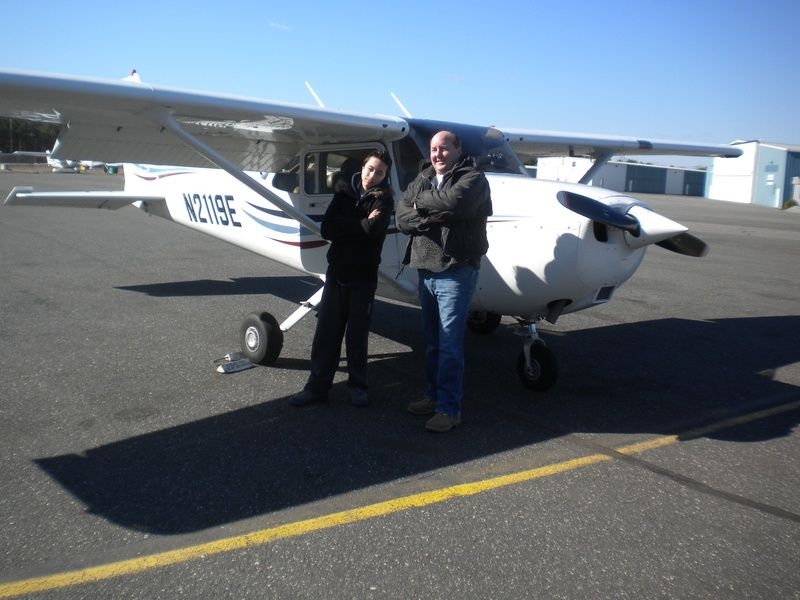 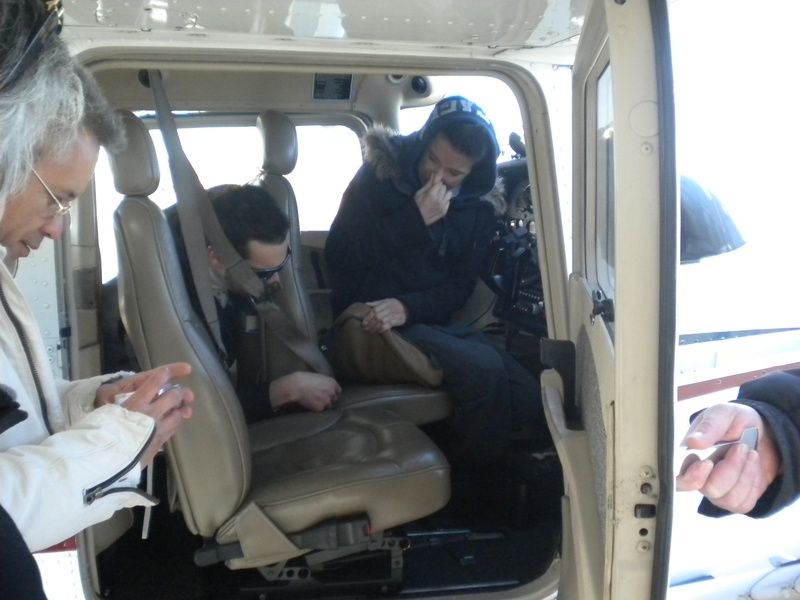 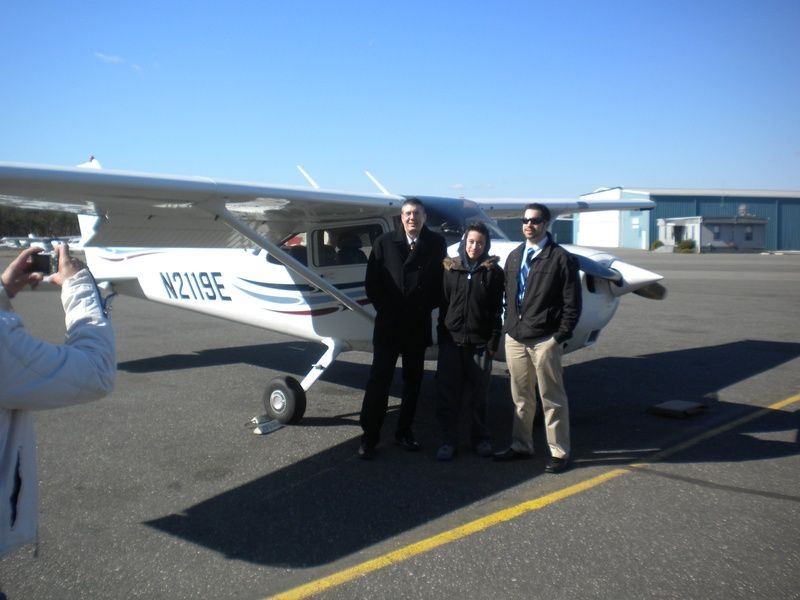